Would you like to switch to the accessible version of this site?

Don't need the accessible version of this site?

I have listed a number of books that my patients and I have found useful. My highlighted and underlined copies can be borrowed from me personally or you can find them on amazon.com.


MINDFULNESS: evidence based treatment for emotional dysregulation. Defined as "consciously bringing awareness to your here-and-now experience, with openness, receptiveness and interest." (Russ Harris, The Happiness Trap)

The Power of Now by Ekhart Tolle, 1999. A wonderful text explaining the concept of mindfulness from a spiritual perspective. I recommend this to anyone who struggles with overwhelming overthinking or overreaction to day to day life. Great food for thought.

The Happiness Trap by Russ Harris, 2007. Russ Harris is a Family Physician from England who takes the concept of mindfulness out of the spiritual context and provides practical ways to improve mindfulness skills within his therapy method, ACT (acceptance and commitment therapy). This book is a must read for anyone struggling with obsessive negative thinking, urges, overwhelming emotions.

A New Earth by Ekhart Tolle, 2005. Similar and somewhat more spiritual than the Power of Now. Still inspirational.

Healing the Shame That Binds You by John Bradshaw, 1988. Very insightful look at shame's contribution to compulsive behaviors and addiction in individuals and families. Can be a little heavy on the psychobabble but as one who is well-schooled in psychobabble, this book is rich!

I Thought it Was Just Me (but it isn't), Telling the Truth About Perfectionism, Inadequacy and Power by Brene Brown, PhD, LMSW, 2007. Great book about the role shame plays in women's lives. Look for Brene Brown lecturing on CNN Ted Talks. She is very dynamic and interesting!

The Personality Self Portrait by John Oldham and Lois Morris, 1990. Easy and fun to read, similar to Reinventing Your Life (above) in that looks for personality patterns which are maladaptive and suggests changes. John Oldham is very well-respected clinician with an interest in personality structure.

The Borderline Personality Disorder Survival Guide,Everything You Need to Know About Living with BPD by Alex Chapman, Kim Gratz and Pery Hoffman, 2007. Very straightforward, informed, empathic and practical guide for someone who has been diagnosed with borderline personality disorder or has a loved one with this condition.

The Dialetical Behavior Therapy Skills Workbook, Practical DBT Exercises for Learning Mindfulness, Interpersonal Effectiveness, Emotion Regulation and Distress Tolerance by Matthew McKay, PhD, Jeffery Wood, Psy D, Jeffery Brantley, MD, 2007. If you suffer from emotional dysregulation (you get overwhelmed and feel out of control), this is a great workbook to help you practice the ckills taught in DBT.

I Hate You Don't Leave Me, Understanding the Borderline Personality Disorder by Jerold Kreisman, MD and Hal Straus, 1989, 2010. At one time, this was a breakthrough book about borderline personality disorder which helped many people understand behavioral tendencies which were confounding to patients and clinicians alike. It is now outdated, not overly empathic and somewhat pessimistic regarding the prognosis for borderline personality disorder, given the now proven efficacy of a variety of treatments, including dialectical behavioral therapy, mindfulness based therapies, EMDR, mentation and targeted psychopharmacology, to name just a few, and our increased understanding of the biology behind this way of being. Many people have had "a hah" moments reading this book when it was the only one available.

Getting Past Your Past, Take Control of Your Life with Self-Help Techniques from EMDR Therapy by Francine Shapiro, PhD, 2012. Techniques that you can do yourself to help you get over events from the past which are still haunting you or causing emtional over reaction in the present.

Start your new path in life and be the change today! 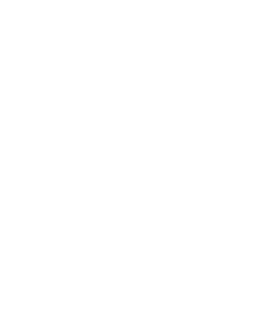